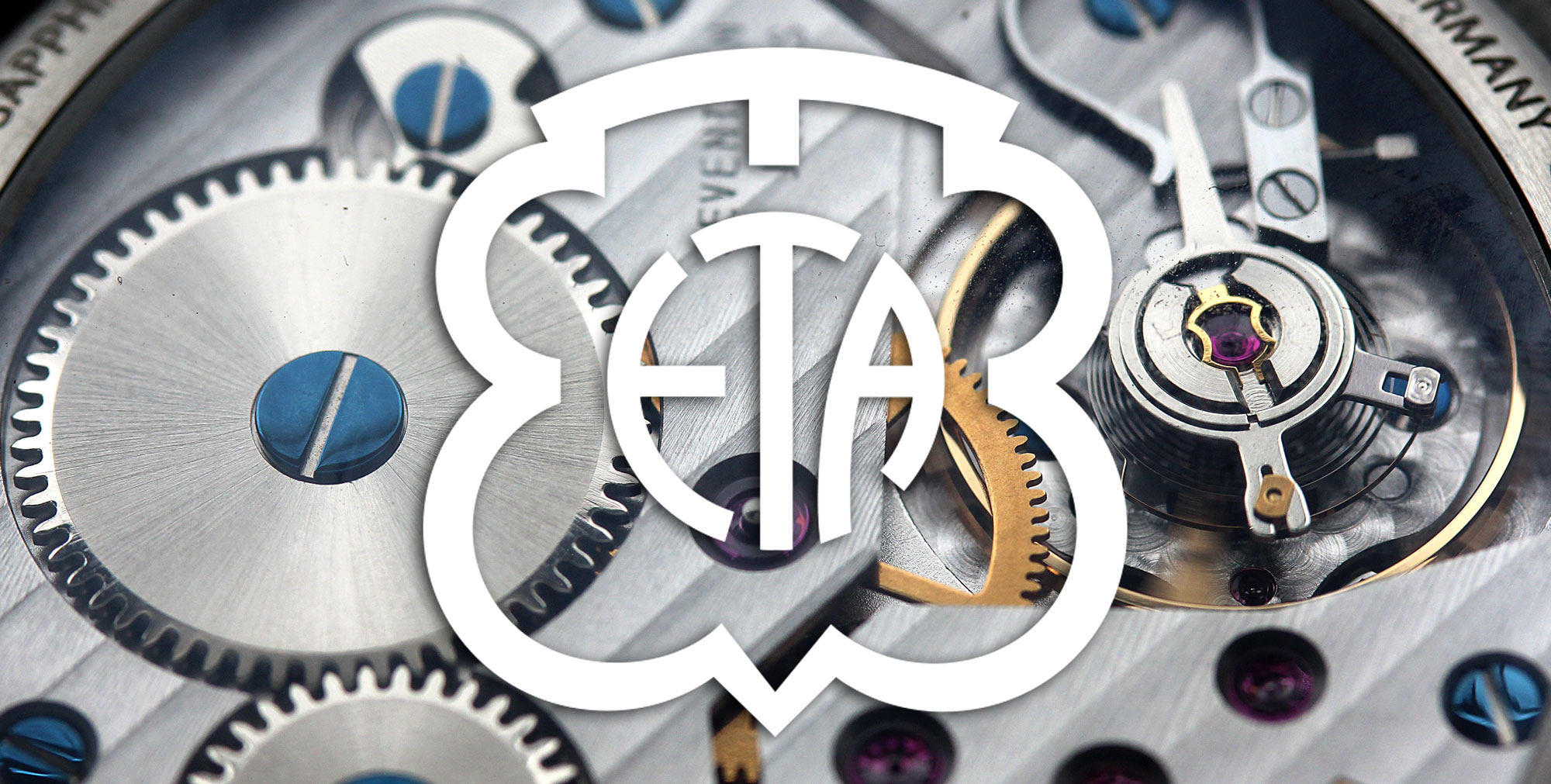 There’s no denying that the Swiss replica watch industry is experiencing a downturn right now. Exports from Switzerland fell in 2016, down 16.1 percent in June when compared to June 2015 figures. Swatch Group, undoubtedly one of the biggest players in the Swiss watch industry today, has been hit especially hard by the tepid marketplace, reporting a 53.6 percent dip in operating profits.

But this article isn’t about Swatch’s profit margins (at least not directly), but rather a piece of watch industry news that went under the radar. Earlier this year around mid-June, Reuters reported that Weko, Switzerland’s competition commission, would examine the possibility of Swatch Group-owned ETA increasing supply of mechanical movements to third parties. This is a significant reversal of a 2013 court ruling allowing Swatch to decrease supply of movements and key components to third parties.

First, some history for those unaware. Swatch Group as we know it today was born largely out of the Quartz Crisis of the 1970s, a period that nearly destroyed the Swiss replica watch industry. With the introduction of then innovative quartz watches, many of the traditional, mechanical watchmakers went out of business or nearly did. In an attempt to save the industry, two of the largest entities (SSIH and ASUAG) were forced to merge, forming what would eventually come to be called Swatch Group. (For a more in-depth historical look at Swatch Group, read our coverage here.)

The strength of Swatch Group is largely built on the assets, knowledge, equipment, and infrastructure acquired from this consolidation. Movement house ETA—itself a consolidation of several holding companies built on numerous manufactures acquired over half a century—was a critical part of the merger. Likewise, Nivarox-FAR, another Swatch Group subsidiary, became an umbrella for nearly all regulating components; to put things into perspective, more than 90% of Swiss watchmakers today rely on Nivarox hairsprings. Ultimately, ETA became the preeminent supplier of Swiss movements, even to their direct competitors, and Nivarox hairsprings became the heart of the industry.

In 2002, however, Swatch Group announced that it would begin pulling back its supply of movements, culminating in a 2013 court decision that finally laid out the plan for the weaning process. Swatch Group got the go-ahead from Weko to gradually dwindle their supply of movements and key parts to competitors, and by 2019 it would no longer be required to sell to any competitor outside of the Swatch Group (2023 for the all-too-critical Nivarox hairspring).

No one expected ETA to put the kibosh on supplying movements altogether; the firm’s manufacturing capacity is, simply put, far too vast to stop. Nevertheless, this latest bit of news presents an about-face from Swatch Group, a firm whose argument hinged on the notion that dwindling supply would ultimately be healthier for the industry, which would be forced to invest in alternative and innovative movements.

Of course, others did step in. Two of the bigger industry players, Sellita and Soprod, responded by ramping up production. Ronda announced a new mechanical movement at Basel 2016, and Eterna is eagerly pitching their family of calibers. Horage is currently working to scale their robust K1 modular movement, and smaller firms like Technotime and Concepto are in the process of expanding their mechanical portfolios. Vaucher, a fully-integrated manufacture, is doing incredible work on the higher-end and making their calibers available to third parties. And let’s not forget the Japanese options from Seiko and Miyota, already heavily utilized by many micro brands.

So why the apparent reversal? As the Reuters article speculates, weak demand across the board has resulted in abundance of mechanical movements, and Swatch Group is likely looking for ways to improve its capacity utilization. But how does Swatch increasing third party sales affect all the aforementioned movement makers? Swatch Group’s capacity certainly gives it greater pricing power than most of its direct competitors, and the ETA brand reputation is still strong among watch brands and consumers.

The aforementioned K1 caliber by Horage (formerly Accurat Swiss) began initially as a response to the Swatch announcement, but soon evolved into something else entirely–a high-grade, innovative modular movement intended for scalable production. worn&wound spoke to Horage founder Andreas Felsl for his perspective.

“I am surprised that some people are surprised. While finding our own strategy to make the K1 movement project competitive, it became obvious that Swatch Group would sooner or later reverse [their] decision and ship again,” said Mr. Felsi. “We designed the K1 in the way we did because we saw a market for a better product. We invested in a way which allows us to do business our own way no matter what Swatch Group will do.”

Mr. Felsi raises an intriguing point. The increase in output by some movement makers was–and still is–largely a response to the Swatch decision. Insecurity among firms that cannot manufacture their own movements remains high, and understandably so. But most movement makers looking to take ETA’s place are still at the mercy of Swatch’s market share, never mind the technical know-how Swatch keeps close to its chest and its ability to control critical regulating components like hairsprings. Many of these companies are still working with dated mid-century concepts; sure, they’re tried-and-true, but they’re far from innovative, and one could argue that the industry did not respond with new ideas as Swatch rhetorically predicted, but have instead responded with more of the same.

Most movement makers looking to take ETA’s place are still at the mercy of Swatch’s market share, never mind the technical know-how Swatch keeps close to its chest and its ability to control critical regulating components.

For the industry to truly move forward and for companies to prove their worth, there needs to be continued investment in the manufacture of new and technically-forward calibers. Greater access to the core technologies currently held by Nivarox would certainly aid in that process. And this shouldn’t be happening only in the high-end, either. If that means that there needs to be greater cooperation within the industry between different entities, then so be it.

Mr. Felsl adds, “Everybody, no matter if independent or group owned, will have to…justify its existence in the market by innovating.”