Founders of Indian Motorcycle, George Hendee and Oscar Hedstrom were obsessed in the pursuit of speed. Indian soon became renowned as a brand that set and broke speed records. Indian’s achievements, it is the spirit and legend of Burt Munro that has become a part of the fabric of not just Indian’s culture, but of motorcycling culture in general. When Burt Munro bought the bike in 1926 it was only capable of doing 55mph, but after spending the next 40 years modifying it in his shed, the then 68-year-old grandfather took it to the Bonneville Salt flats in Utah, USA. Here he set an under 1000cc record speed of 183.59 mph (294.5 km/h). However, Munro’s son, John noticed that the average speed calculation on the original 1967 record certificate was inaccurate and that the speed reached was actually 184.087 mph (296.11 km/h). The official listing was therefore corrected 47 years later, and set the record that still stands today. 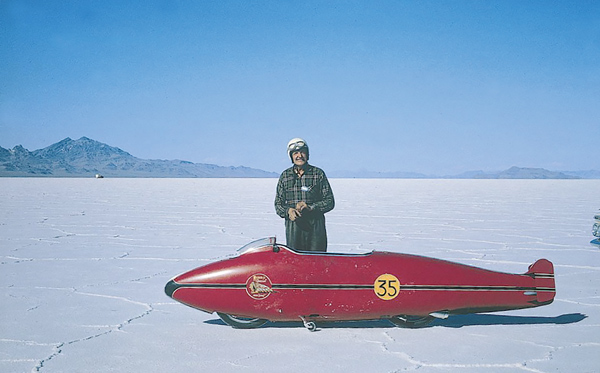 Paying tribute to this 50th anniversary, Baume & Mercier has designed a one-of-a-kind watch.This official Indian Motorcycle watch can be proudly worn to remind the wearer that anything is possible with enough grit and determination and translates the enduring passion, a value conveyed by Baume & Mercier ever since.

Burt Munro was an amazing character who dedicated his life to motorcycling. He simply wanted to be fast and set world records to make his mark on the world. Burt once qualified at over 200 mph (320 km/h), but that was an unofficial run and was not counted. His story was immortalised in the 2006 film called ‘The World’s Fastest Indian’, starring Anthony Hopkins.

Fifty years on from Burt’s record run, the Indian Motorcycle’ team returned to Bonneville in August 2017 with Burt’s first cousin’s grandson, Lee Munro. The aim was to pay tribute to Burt by having Lee Munro ride a modern-day Indian Scout that was sponsored and supported by Baume & Mercier. The Scout frame out of Indian R&D facility’s ‘boneyard’ and mated a modified Scout V-twin engine into it along with an aerodynamic fairing. After many hours of work in their spare time, the team created a new land speed racer. Lee Munro and the team took the ‘Spirit of Munro Scout’ to California’s El Mirage Dry Lake to test, and while there ended up setting a new land speed record of 186.681 mph (300 km/h) in the Southern California Timing Association MPS-G (Modified Partial Streamliner) 1350cc class. At the 69th Bonneville Speed week in August 2017, Lee and the Indian team achieved 191mph (307.39 km/h), going beyond the 184mph set by Burt, and almost reaching the milestone figure of 200mph, which he could not reached due to various technical problems. Baume & Mercier was naturally proud to be part of this tribute as being the Maison celebrating vibrant witness of these unforgettable moments filled with a wealth of emotion. 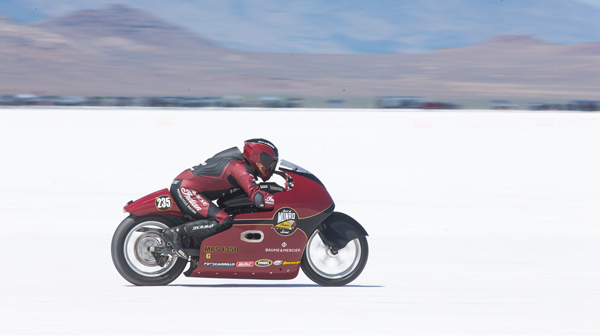 Breaking up that horizontal line is a yellowish seconds sub-dial in 9 o’clock stamped with Burt’s lucky number “35.” The feel of the pre-production bit was strong, from its buckle, straps, instance, and complete. I truly liked the theme of this watch and the best part about it was that it looked classic. Another great touch is the chronograph hand counterweight, which is the Indian Motorcycle’s “I.” Finally, the caseback, while still not an exhibition caseback, is inscribed with the Indian Motorcycle’s headdress logo with all the limited edition number engraving, one out of 1967.

With this limited edition timepiece, Baume & Mercier celebrates an icon, a hero of speed, while at the same time christening the new partnership with the Indian Motorcycle Company – a collaboration in the same vein as the very successful Shelby Cobra.
This limited edition automatic chronograph features a number of special details designed to commemorate the extraordinary achievement of Burt Munro. Immediately apparent is the large, yellow number 35, Munro’s lucky number, in the chronograph seconds counter. Next, the “Indian Red” color of the calfskin strap evokes the deep vermillion color that is identified with the Indian Motorcycle Company, and the color of the Munro Special. The dial itself is silver-colored with sandblasted and snailed finishes, meant to mimic the surface of the Bonneville Salt Flats, where the record was set. The counterbalance of the chronograph seconds hand is the immediately recognizable Indian “I.” The 44mm stainless steel case has a tachymeter scale on the bezel, with the record, 184 mph, highlighted on it. On the back, the famous Indian Headdress logo of the Indian Motorcycle Company is engraved, as well as the number of the limited edition. The Clifton Club Burt Munro Tribute is limited to 1967 pieces, recalling the year that Munro set his iconic record. This exclusive timepiece is unveiled for the very first time at EICMA, the world’s most important motorcycle show held in Milan Italy, from 7 to 12 November, 2017. 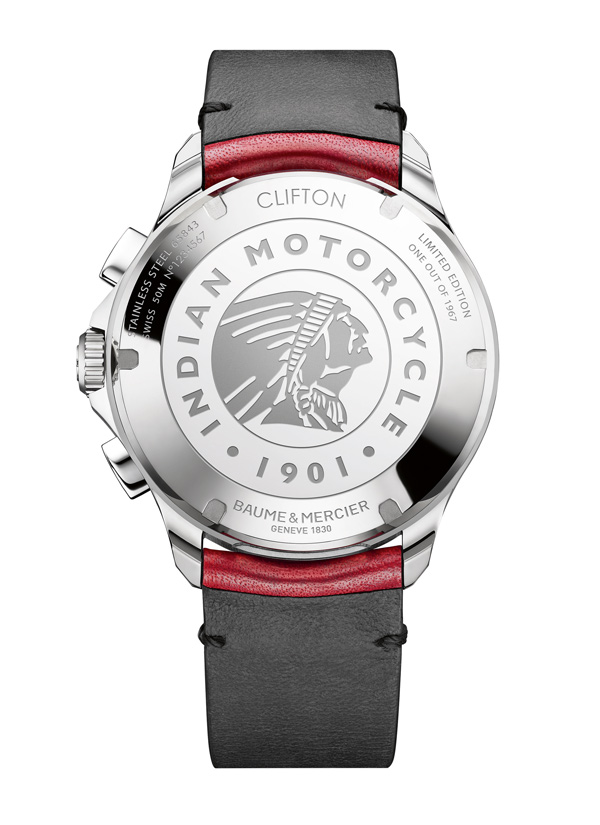